Long-term effects of Flakka aren’t yet published. It’s among the latest artificial drugs and research into its effects is not extensive. However, research that’s been conducted has shown that the drug can be toxic to the kidneys and cause renal failure.

The instantaneous and long-term consequences of Flakka can rival some of the most powerful crystal meth and cocaine. 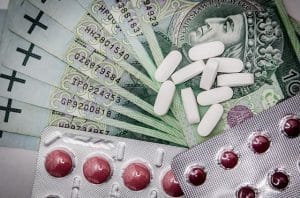 Very similar to other stimulants, drug is use leads to a flood of dopamine within the brain. Drug hinders the reuptake of the neurotransmitter by the brain cells.

Cathinones are compounds derived from the khat plant originating from the Middle East and Somalia–in which the leaves are often chewed to get a euphoric buzz.

Flakka is as powerful as methamphetamine, yet with a much greater propensity for addiction development in people who misuse this substance.

This feeling often results in users returning to the medication to eliminate the unwanted comedown feeling, jump-starting a cycle of usage that may cause abuse. As tolerance to the drug develops, the user will need increasingly more drug to feel high, risking harmful effects, overdose, and even death.

If you’re abusing Flakka, it is time to seek help.

The impacts of the comedown from drug(the time once the drug leaves the body) include depression and fatigue.

Flakka is a street drug with roots in South Florida. Among the newer substances from the booming category of artificial or designer drugs, Flakka is typically made from a synthetic version of an amphetamine-like stimulant from the cathinone category called alpha-PVP. Though Flakka is a relatively new synthetic drug, data from the National Institutes of Health (NIH) have shown it to be as powerful as methamphetamine, yet with an even greater propensity for addiction growth in people who misuse it. 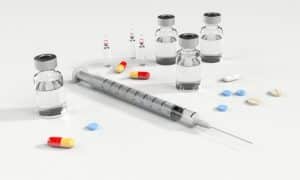 Individuals who use Flakka can exhibit cases of uncontrollable and bizarre behavior. At elevated doses, Flakka can influence the body’s temperature; it will reach high temperatures and occasionally this extreme change may cause muscle breakdown and subsequent kidney impairment.

The unknown effects of Flakka have many alarmed about its popularity and use, as nobody knows what exactly the medication can do to the human body and mind in the long run.

Much like cocaine and amphetamines, short-term effects can be serious.

At DrugTestingCup.com we offer bulk testing supplies at low, wholesale prices that come equipped with methods to prevent fake tests.  Our 12-panel cups have a body temperature strip located right on the side of them that can help you to determine if the sample you have just collected is a good sample.  Our bulk testing cups are also 99.9% accurate and come with a locking lid to prevent leakage and specimen contamination.   All of our bulk testing supplies, the testing cups and strips, come in safety sealed packaging where they are to remain until usage.  This is to prevent any kind of contamination that may occur and cause issues with the test.  DrugTestingCup offers bulk testing strips for fentanyl and alcohol, and cups ranging from 6 to 12 panels.  All of our supplies come at wholesale pricing to save you as much money as possible.