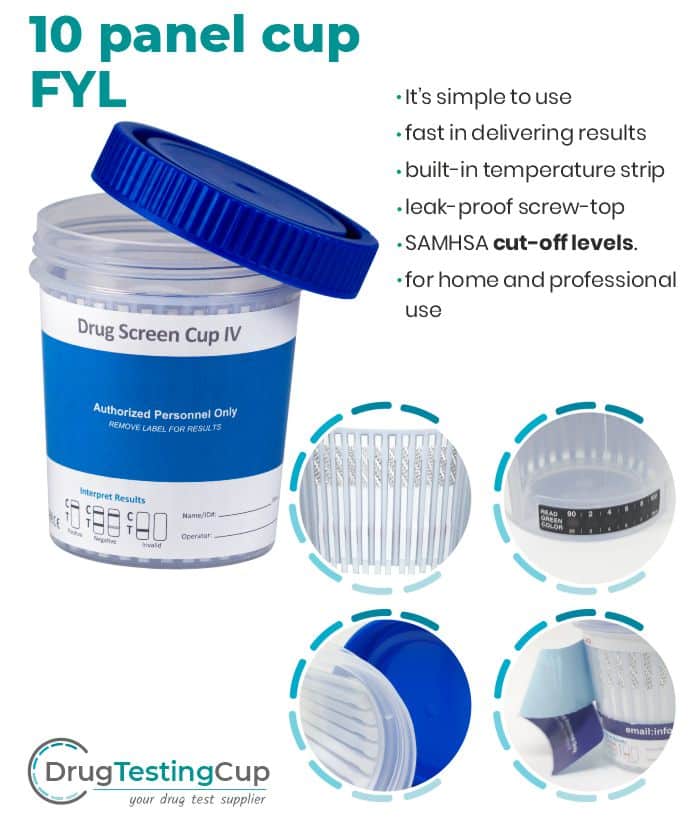 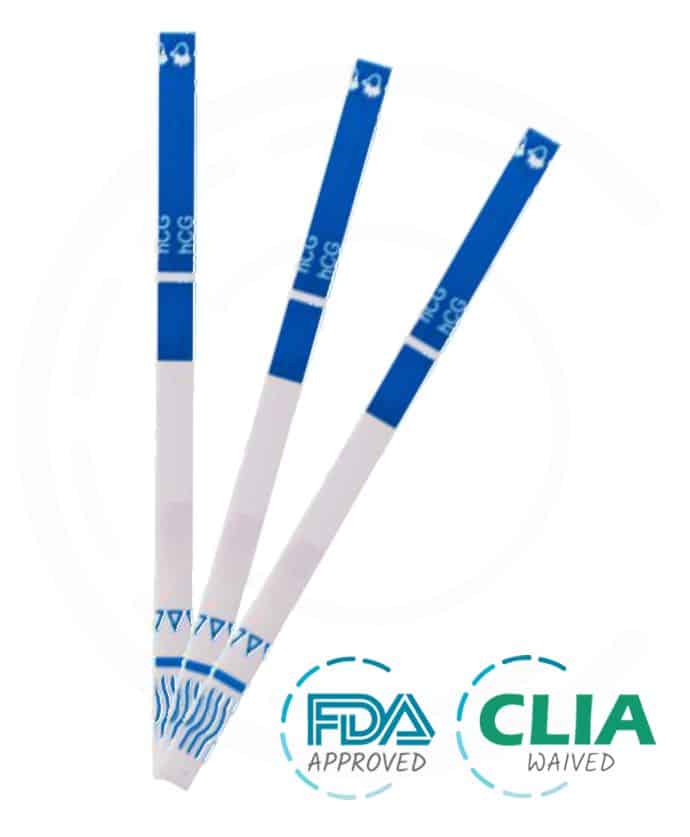 Fentanyl Drug Test is an easy way to detect presence of fentanyl drug in human urine or any other liquid (solution).

Key futures of FYL test are:

Fentanyl is known to be a synthetic opioid connected with the family of phenylpiperidines. It is more dangerous than morphine and tends to dissolve in lipid causing damage to the human brain.

How do fentanyl test strips work

The FYL Rapid Test Strip (Urine) detects fentanyl through visual color change on the strip and then confirm the absence or presence of fentanyl.

The antibody-drug conjugates are deactivated on the test region of the membrane.

During the test, the collected urine specimen reacts with antibodies conjugated to colored particles and percolated on the sample pad.

Procedure of the Fentanyl Test Strips Bring test, specimens, buffer, and/or controls to room temperature (15-30 degree Celsius) before use.

How to read testing strip results

If we were to make a scale of the strongest drugs in the market today Fentanyl would undoubtedly rank very high on that list.

This poses a significant danger as the threshold for overdosing on fentanyl is much lower than most drugs.

This is sadly often used today in illegal drug sales, as more and more products such as cocaine are combined with fentanyl powder.

This combination of cocaine and fentanyl in particular is known to be quite lethal, leading to overdose in most cases.

The fact that there is no regulation on how many of the illegal drugs are produced leads to very dangerous compounds which can and will kill the person ingesting them. Fentanyl testing strips are a great way to protect yourself.

How to check drugs for fentanyl?

Take a bit of water and mix the drug compound you have with the water, once this is done use the Fentanyl testing strips to check for any traces of fentanyl.

The testing strips are highly adept at finding traces of specific drugs, with an accuracy rating of over 99%.

If you are looking for a way to protect yourself this is it.

In no way do we condone the use of illegal drugs or substances. This short guide is here to help you save your life in the off chance that you do come across illegal drugs. We feel that it is important for everyone to have a tool which helps them stay safe. If you know of any illegal drugs being sold in your area, contact the local law enforcement.

For Forensic Use only

The FYL Rapid fentanyl test strips (Urine) is a rapid visual immunoassay for the qualitative, presumptive detection of Fentanyl in human urine specimens at the cut-off concentrations listed below:

Fentanyl is a synthetic opioid-related to phenylpiperidines. Fentanyl is approximately 100 times more potent than morphine. This agent is highly lipid-soluble and rapidly crosses the blood-brain barrier.

This is reflected in the half-life for equilibration between the plasma and cerebrospinal fluid of approximately 5 minutes for fentanyl.

The levels in plasma and cerebrospinal fluid decline rapidly owing to redistribution of fentanyl from highly perfused tissue groups to other tissues, such as muscle and fat.

As saturation of less well-perfused tissue occurs, the duration of effect of fentanyl and sufentanil approaches the length of their elimination half-lives of between 3 and 4 hours. Fentanyl undergoes hepatic metabolism and renal excretion.

Therefore, with the use of higher doses or prolonged infusions, fentanyl becomes longer acting.

The FYL Rapid Test Strip (Urine) detects Fentanyl through visual interpretation of color development on the strip. Drug conjugates are immobilized on the test region of the membrane.

During testing, the specimen reacts with antibodies conjugated to colored particles and precoated on the sample pad.

The mixture then migrates through the membrane by capillary action, and interacts with reagents on the membrane. If there are insufficient drug molecules in the specimen, the antibody-colored particle conjugate will bind to the drug conjugates, forming a colored band at the test region of the membrane.

Therefore, a colored band appears in the test region when the urine is negative for the drug. If drug molecules are present in the urine above the cut-off concentration of the test, they compete with the immobilized drug conjugate on the test region for limited antibody binding sites. 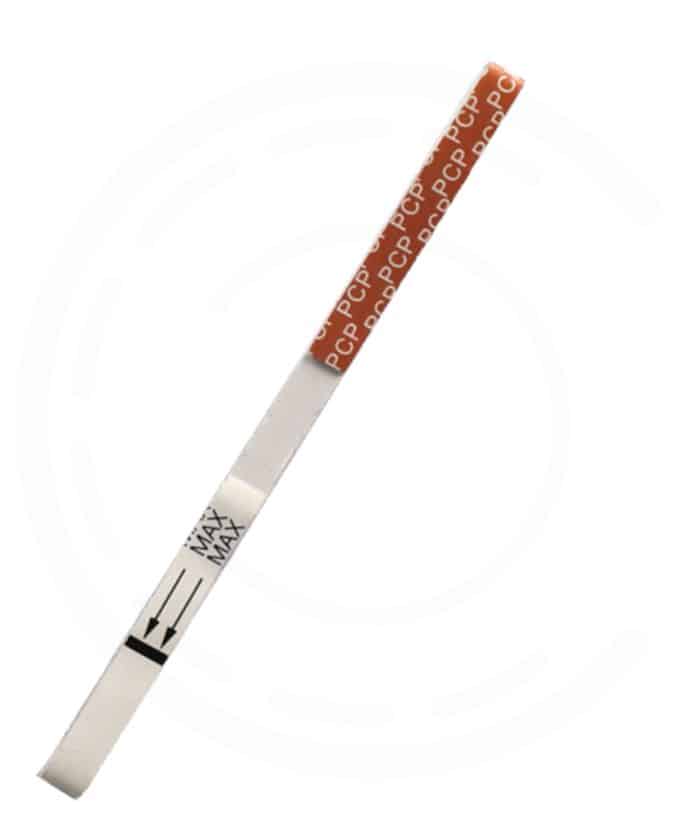 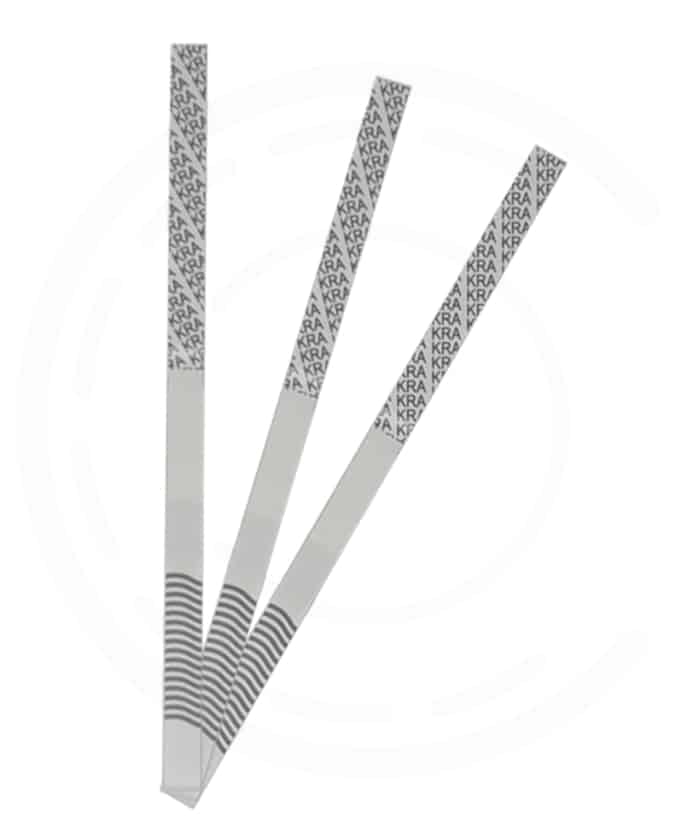 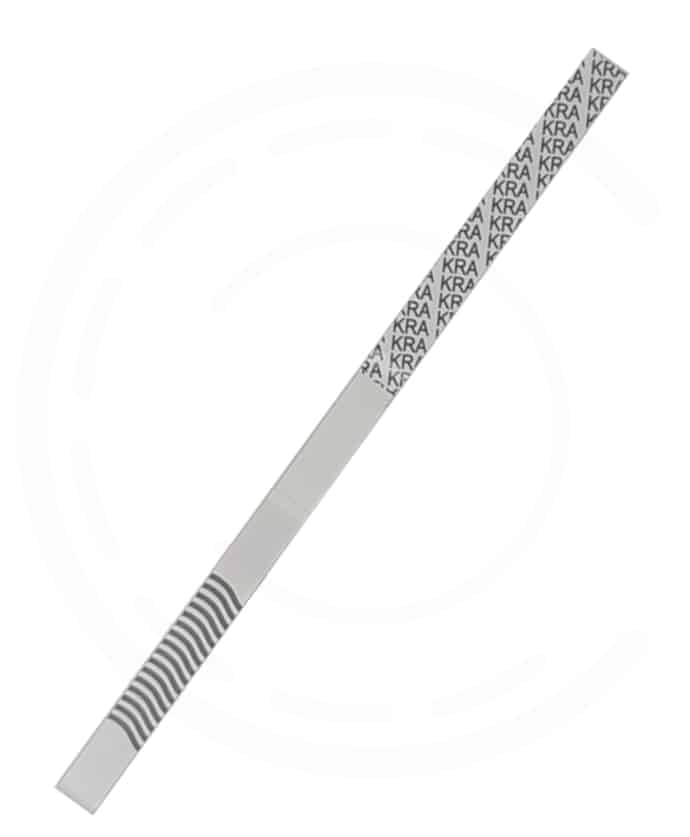 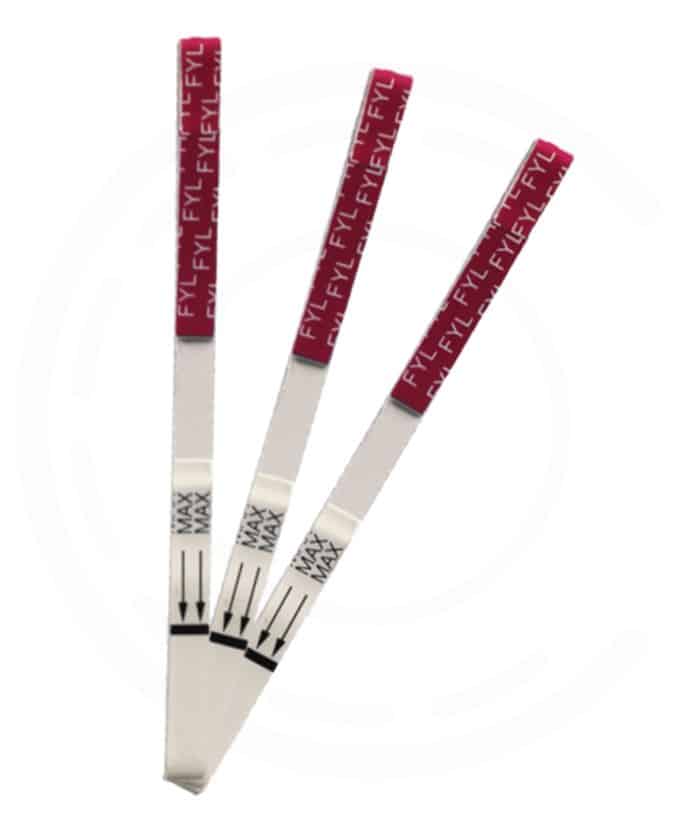