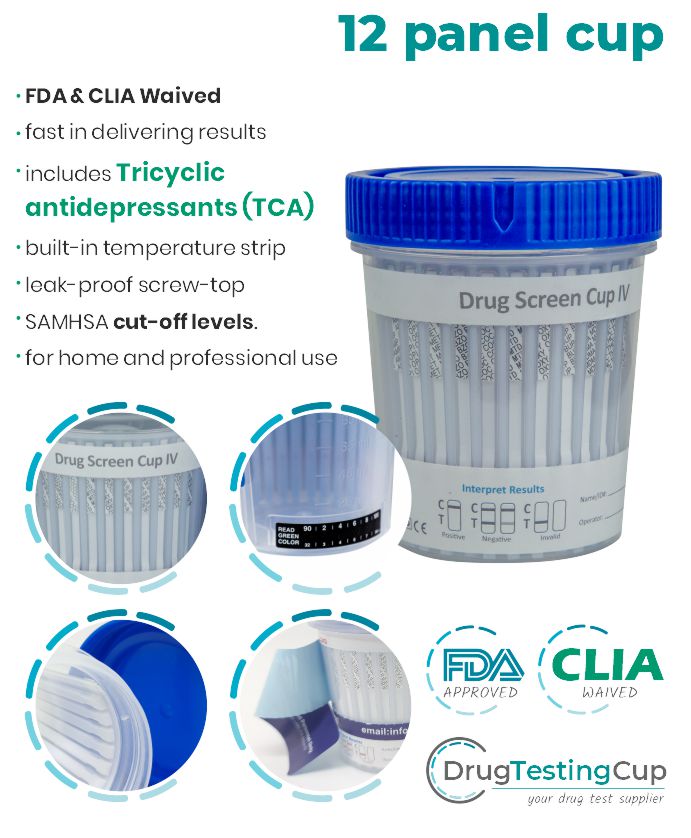 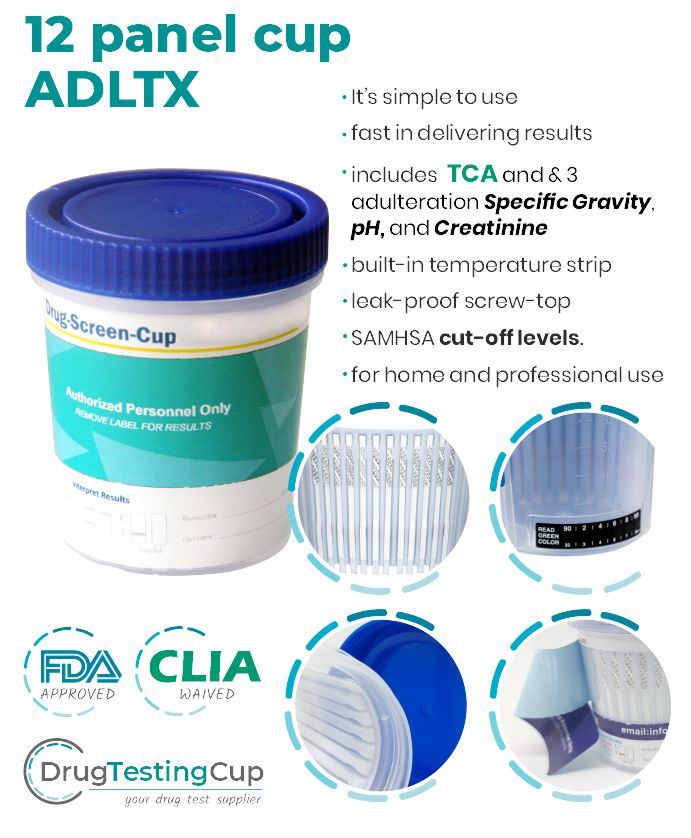 This 12 panel PCP drug test cup is FDA approved as well as CLIA waived, which guarantees its quality. It is designed with ease of use in mind as well as efficiency. The cup itself has a great rounded design with a special no drip screw top lid. The design is important because it reduces spillage and increases the hygienic nature of the test.

The 12 panel drug test cup adheres to SAMHSA cutoff levels, making it quite sensitive to drug traces. This in turn increases its precision. And coupled with the drug testing strips already built into the cups this drug testing cup makes it easier to test for several drugs at once.

The 12 panel drug testing cup also contains temperature strips. This feature makes checking the validity of the tests easier, as urine has a natural temperature.

Each of the 12 panel PCP drug testing cups in the package possesses a 99.99% accuracy rating. Which gives it both precision and a wide range of testing.

These drug testing cups are primarily used for workplace testing however they are perfect for personal use as well. The feature that makes the cups unique is that they are a fully integrated drug screening tool.

What does a 12 panel drug screen test for?

Cut off Levels for our drug test cups.

Be sure to follow the instructions when using the 12 panel drug testing cups.

Here you can check cut-off-levels by drug test

How to use 12 panel drug test cup

How to read a 12 panel drug test cup

To read 12 panel drug test cups just follow the instruction on the page or on your cup, all the test strips in the cup can be read by looking at the red lines they show.

12 panel drug test cup is a quite sensitive drug screen that adheres to SAMHSA cutoff levels.

It is recommended that you wait for at least 5 minutes after the test has been administered in order for the cups to provide a clear and readable result.

The control band fails to appear. Results from any test which has not produced a control band at the specified read time must be discarded. 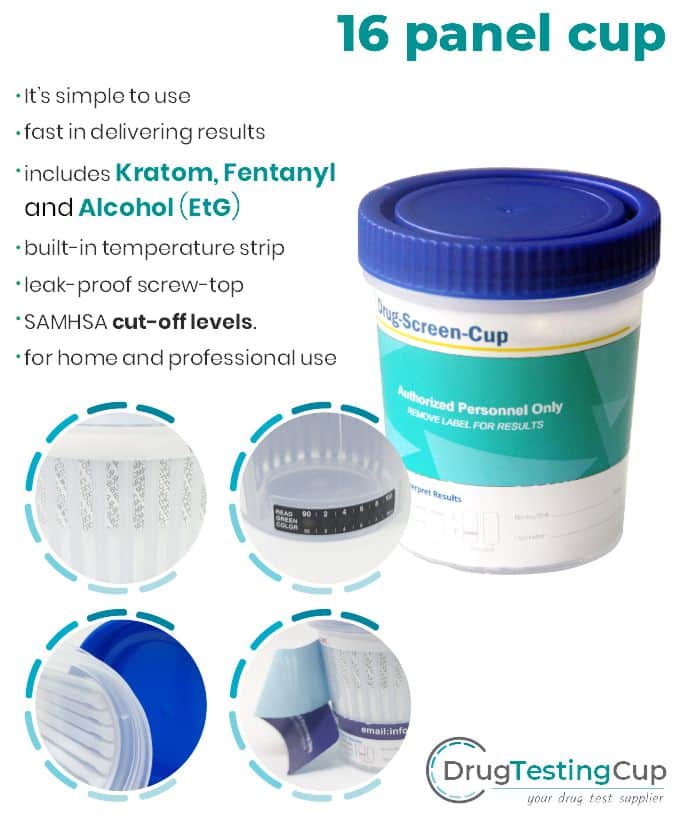 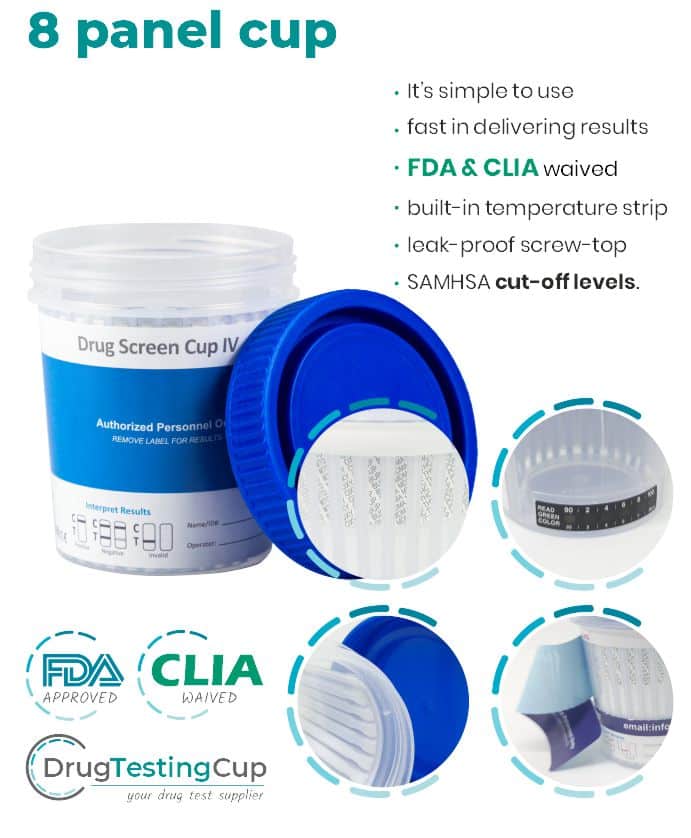 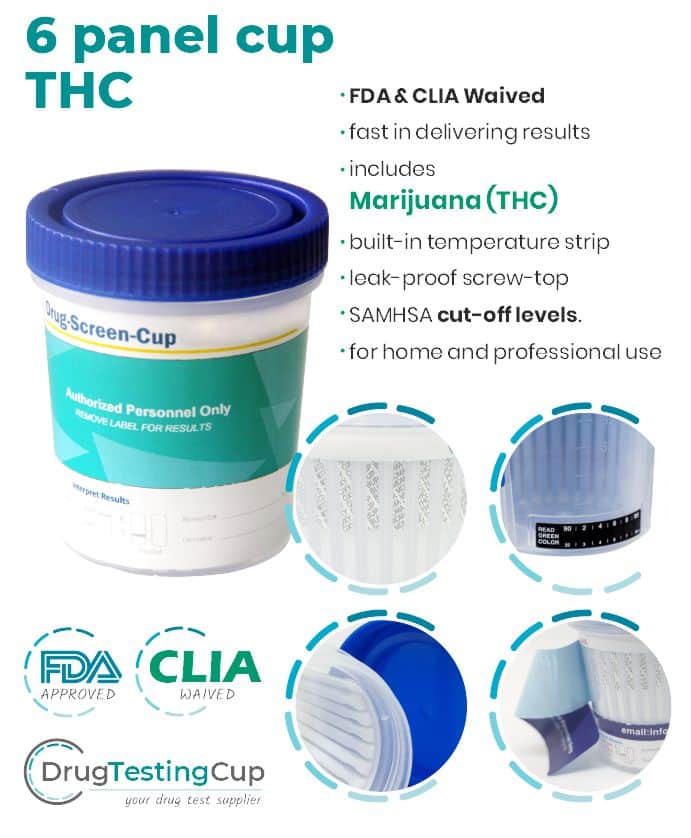 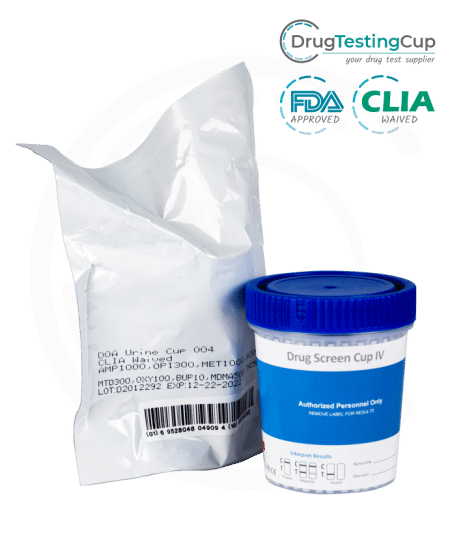 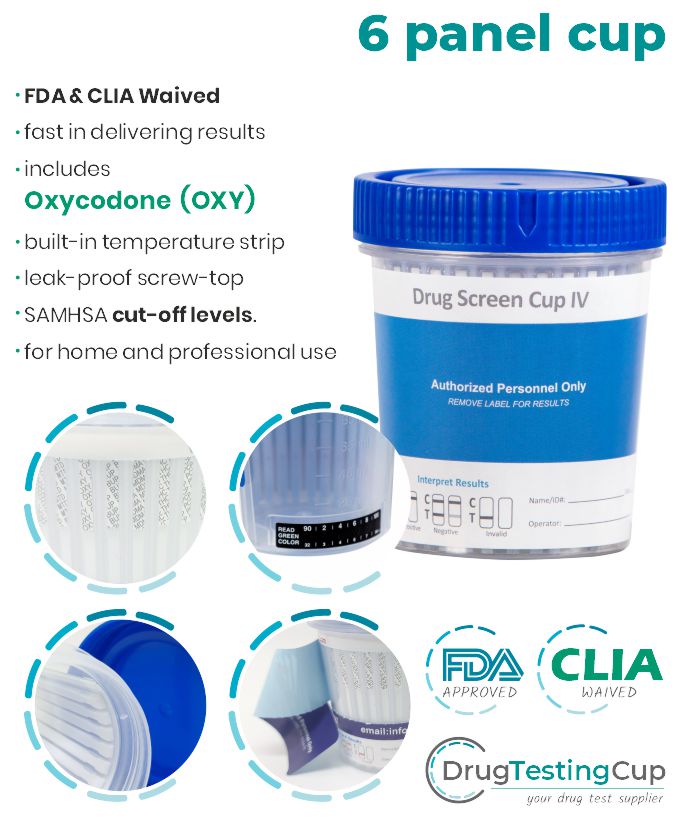 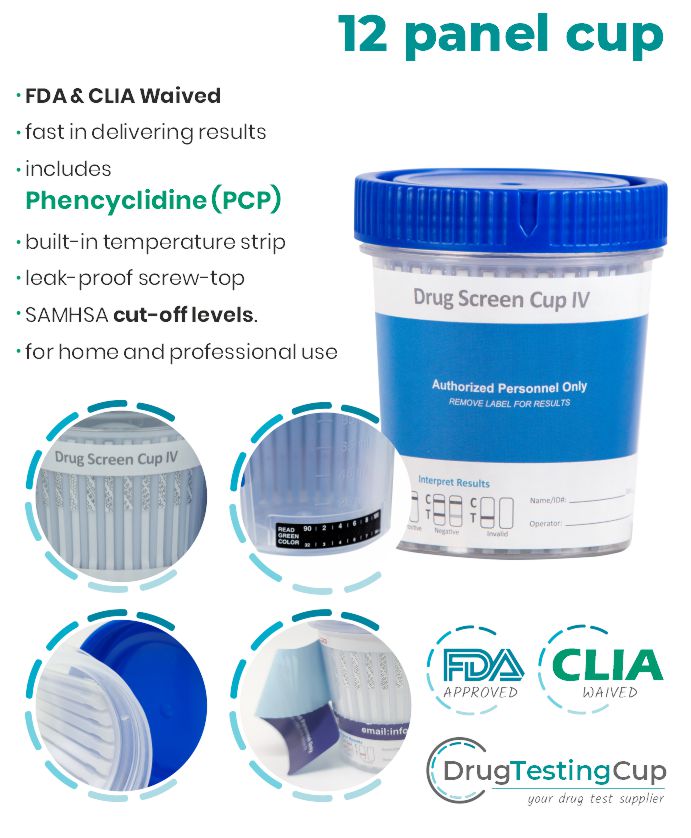